As a few of you may have heard Andy and I bought a bike a few weeks ago. We use to ride years and years ago, almost 19 years to be precise. Funny coincidence – our son will be 19 shortly 🙂 Well since we’ve gotten it we are having a blast. This week I may have told him to hurry up and finish dinner so we could be out and ride. I know I’m mean but it was a really really, really nice night and I just wanted to go for a ride.

We were planning to head down to see my friend Michele at Chateau Des Charmes on Saturday and when I messaged her she replied with a link. The link was for the Big Brothers Big Sisters Charity ride from NOTL to St Catherines. The part that really sold it for me – Juice and Tig from Sons Of Anarchy were going to be there. Don’t get me wrong I’m happy to give to charity but I’m a HUGE SOA fan.

Well we went and did the ride and we had a GREAT time. It was an great experience for sure. Riding along side of 400 other bikes is pretty cool. There were also lots of people that stopped to watch as everybody cruised be 🙂

If you would like to see some more photos from today head on over to the gallery. Ride For Kids Sake Gallery

Here’s a little set of photos that Andy took of me doing my thing today. 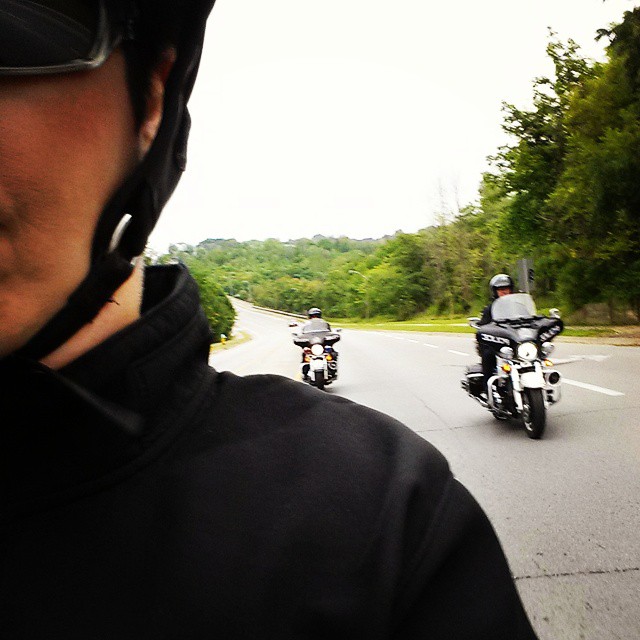 So do you ride?If so have you ever done a charity ride before?