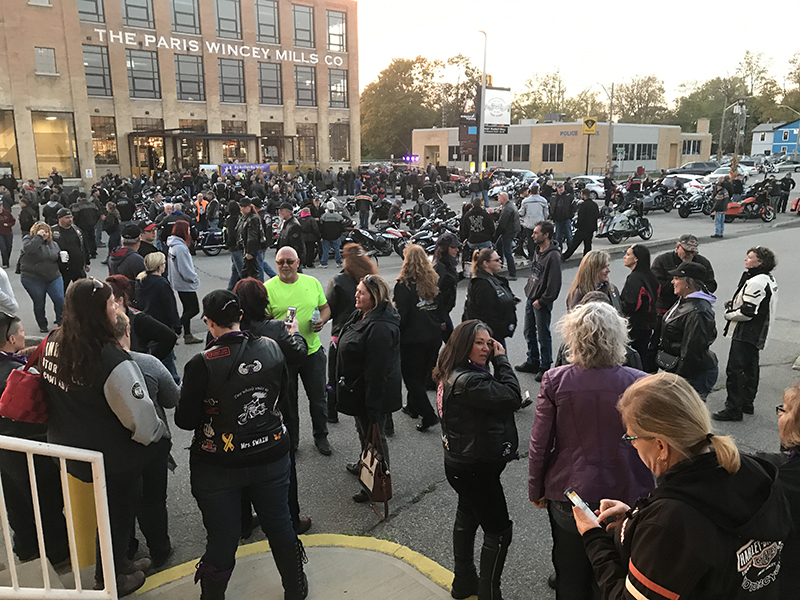 Since the recent Ontario Election, I’ve been turning an idea over in my head.

Some of the rhetoric and commentary during the recent Ontario election cycle started to remind me of the kind of exchanges I have seen in motorcycle related Facebook forums and other forums.  This bothered me a little bit as the tone of the on-line world exchanges clashes with my experience in real life (IRL to the kids).

I tend to think of the motorcycle community as the tolerant, fun-loving and mutually supportive people that I have met on the road.  By a vast majority, the people I have encountered on two wheels are open hearted and accepting in person.   I am not a naturally social person (that would be my wife) but I hope that the same could be said about me.

This got me thinking about how we interact on-line.  Any mention of exhausts, oil grade or tire brands seems to provoke a lot of earnest, good natured advise and ribbing about what to use, what is in the manual, what alternatives people have found success with, and why one option is better than the others.  Sometimes there is a group that goes their own way against all logic and science (sorry Darksiders – I’m an engineer and can’t ignore the physics and logic of proper motorcycle tire design for the sake of a few bucks).  These are not the conversations that bother me, I’m all for a good discussion, interspersed with anecdotal evidence and a little trash talk.  What I’m bothered by is when it goes further and the comments become personal.

I’ll give you an example.  Recently I joined into a conversation regarding attitudes around gun carry practices among motorcyclists in the US and in Canada.  For the record, I grew up in Northern Ontario (Timmins and Sudbury) where gun ownership is common (rifles and shotguns) and hunting is extremely popular.  I learned the basics of shooting from my father who loved to hunt small game and walk in the bush and identify the spoors (tracks and poops) of the local wildlife but rarely killed anything but cans and other small targets.   My adult life has been spent in urban and suburban environments and I have never felt the need for a gun, so I have never owned one (I do have a handy aluminum softball bat in case anyone is worried about my in-home security).

Anyway, the conversation around whether it is a good idea to carry a handgun when riding in the US had polarized into basically two position:

I must say for the record that, in Canada, the laws are such that handguns are either prohibited or restricted and are strictly regulated even when allowed in limited circumstances.  Practically speaking, a loaded handgun on your person when you ride is not even on the menu here (https://en.wikipedia.org/wiki/Gun_laws_in_Canada ).  Any kind of carry permit is extremely rare except in specific (i.e. guarding money or dangerous wildlife as part of your job) and very limited situations.

Anyway, the conversation had reached the point of name calling and epithets.  I weighed in with a few grammar corrections (which were not well received) before calling out a young man who had called a woman commenter a “bitch” for her insulting generalizations of gun owners.  I called him out for this, pointing out that disagreeing with someone does not have to raise to the level of calling a women such a name (yes, I’m a bit old fashioned that way).  I gladly offered him the opportunity to insult me (as a grown man who has fielded a few insults in my day without shooting anyone, I’ve grown a bit of a thick skin).  To his credit, he apologized for his language but not for his position.  He stated that he was taught better (he was from the American South) than to use that language but he felt frustrated and felt the need to strike back.  At that point, I felt there was some kind of lesson to be learned.

All too often, when entering a polarized discussion on-line, if you try to present a balanced argument for your point of view, the responders seem to feel the need to categorize you as the most extreme proponent of that point of view (i.e. a “Gun Loving, Trump-ian fascist” or a “bleeding heart, criminal protecting socialist”) and use it to hit back with an insult.  Whoa.  Let’s slow down a little.

If I say I don’t feel the need to carry a weapon when I ride, it does not mean I am a pussy or that I wouldn’t defend myself if necessary.  It means that, just like I don’t carry a torque wrench, I have never needed a weapon when I’m riding, so why would I carry one?  I do carry a hat, a flashlight, some sunscreen, a pair of binoculars as well as a basic set of tools because these are things I commonly need.  My choice of gear is what it is, and you don’t need to read any more into it.  (Note: I suppose I could whack someone with my binoculars, but they are small ones and aren’t likely to do much damage.)

Anyway, all of this is to say, let’s go on-line and share our opinions on gear, riding, oil, tires and pipes etc.  Our decision to live life on two (sometimes three) wheels gives us more in common than most people.  Trying to change someone’s political views in a motorcycle forum should be relegated to the “ain’t gonna change your mind or my mind so let’s talk about bikes” file.  This is how we manage not to strangle each other when we meet at Tim Horton’s (ubiquitous coffee and donut gathering spots for bikers across Canada) so why can’t we do it in an on-line forum?  We get along pretty good in real life focusing on our mutual love of bike and riding, let’s keep that spirit when we go on-line.

And a picture because frankly, everything is better with a photo 🙂 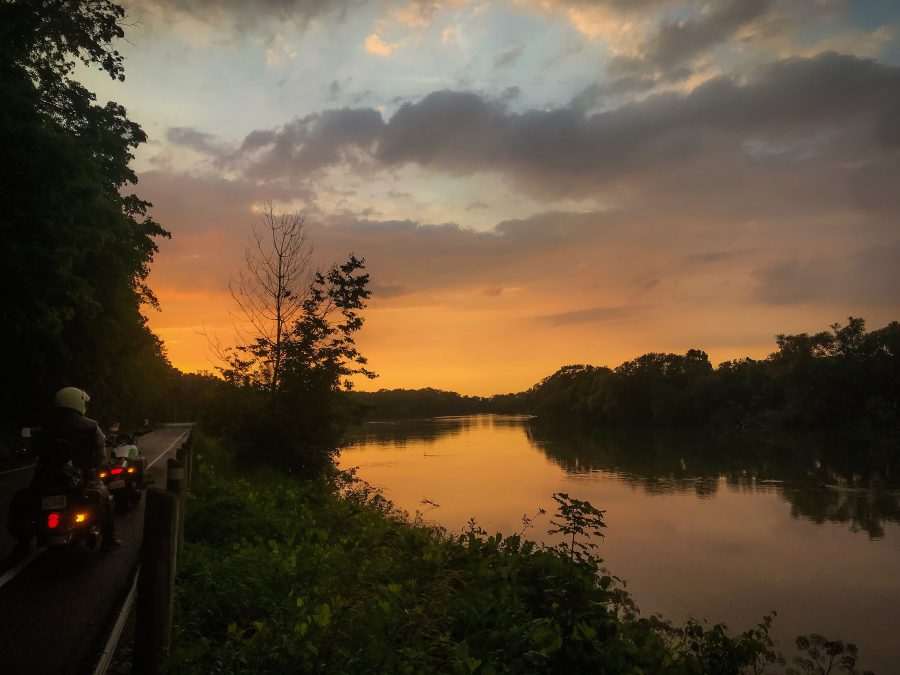 We women want better clothing choices. Clothes that are made for women!   As you...

A couple of weeks ago while looking up new bike parts to buy working an email...

We all know when the time has come and it’s never easy. In this case...

In January we attended the Toronto Motorcycle Super Show and of course we went with...